Matt Elson The Delta of Venus Infinity Box (No. 7), from the Awakened Vision Series, 2013 Mathematical Components: Alpha, Omega, Theta, Phi, 9 Physical Components: Wood, screws, brads, glue, hinges, mirror, masonite, acrylic paint, plexiglass, electric lights 32" x 39.5" (72" display height) x 49.5 Alpha begins and Omega ends the Greek alphabet. Each are honored with an opposing triangle. Theta measures the angle of light reflecting from a surface. Phi, the Golden Mean, the ratio of two lengths, is approximately 1.6 :1. The distance between Alpha and Omega is forty-two inches (a great number!), and the Alpha and Omega end triangles are golden ratios of the distance, as well as each other. Lastly, the number nine, 9, IX. This is the number of facets on the interior crystal. These are the components. From simple components, complexity arises. DIRECTIONS for Alpha / Venus / THE LARGE TRIANGLE This box is scaled for a 5'6” human being. Taller people: bend your knees, keep your back straight. Align the center of your f 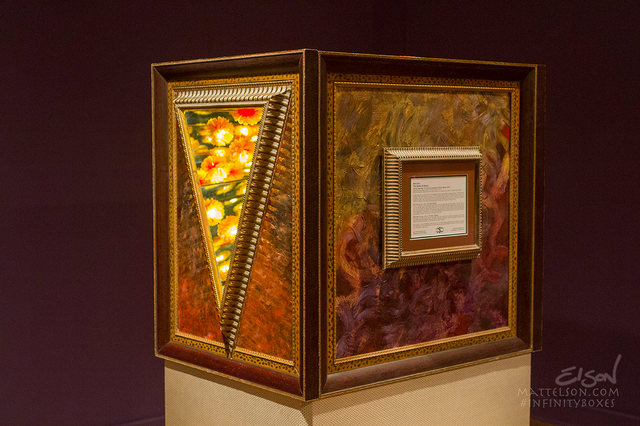 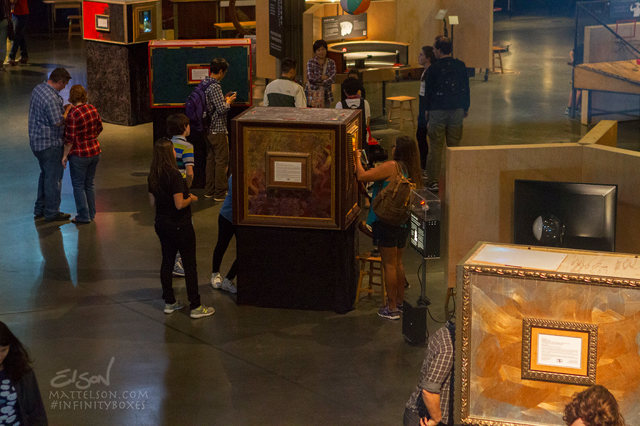 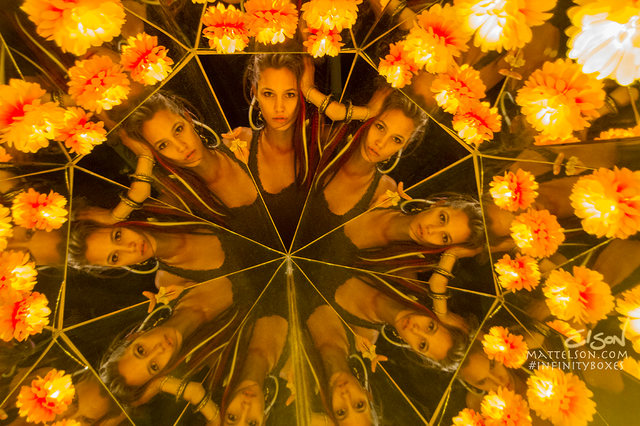 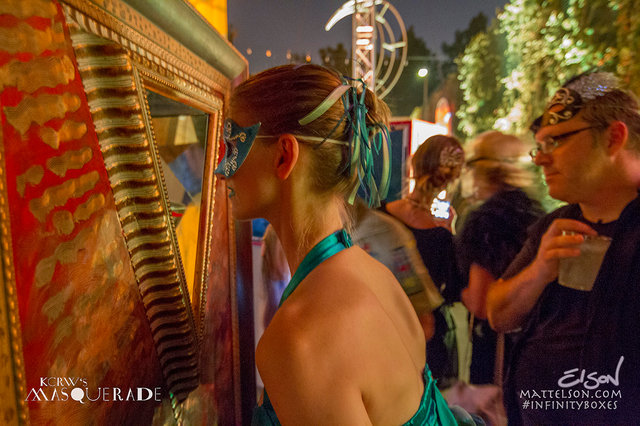 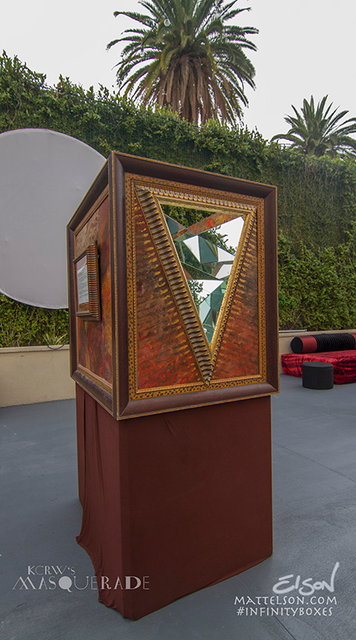 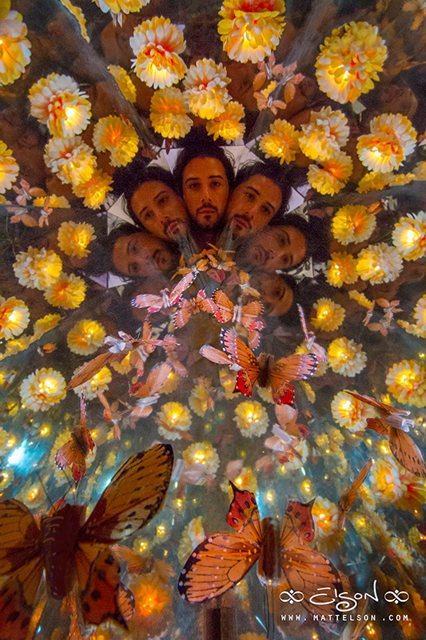 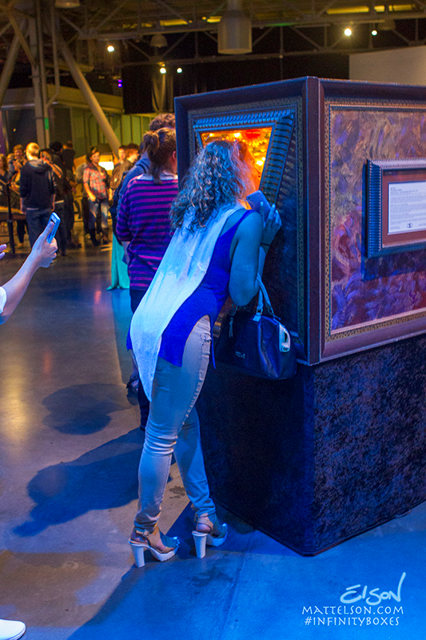 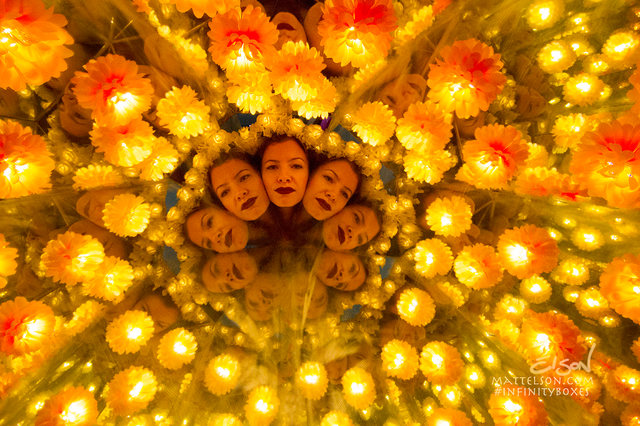 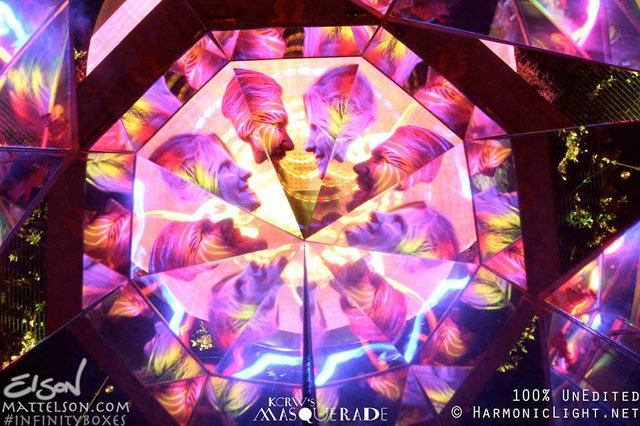 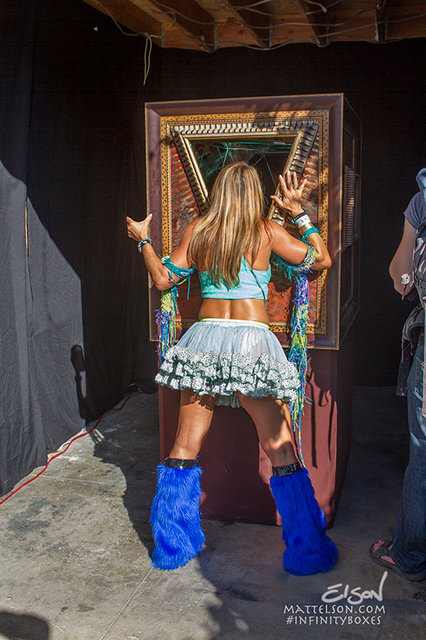 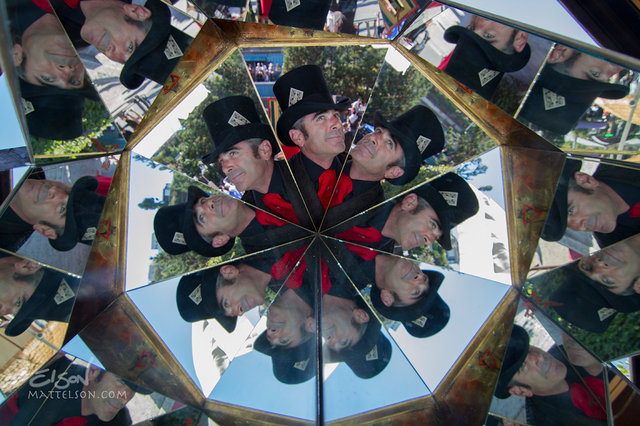 early tests and before lighting 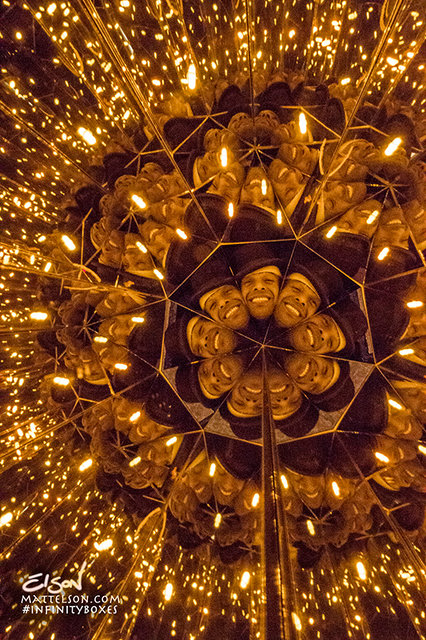 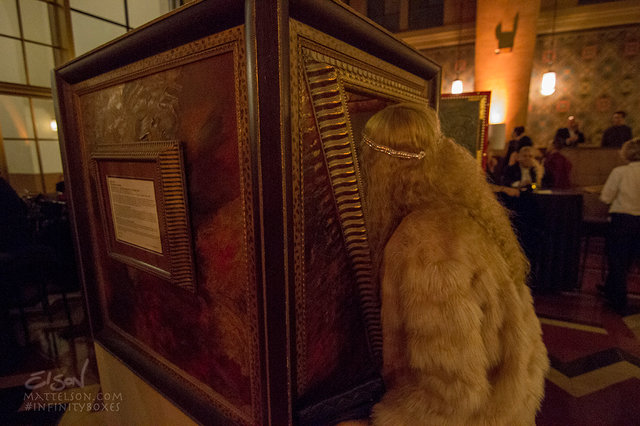 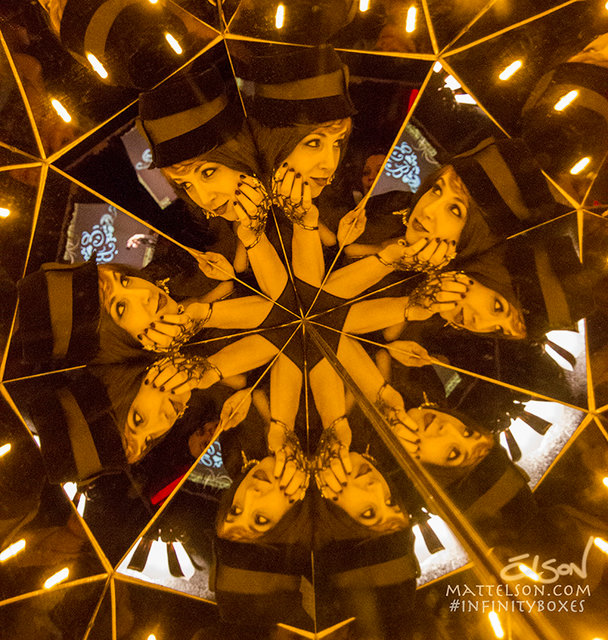 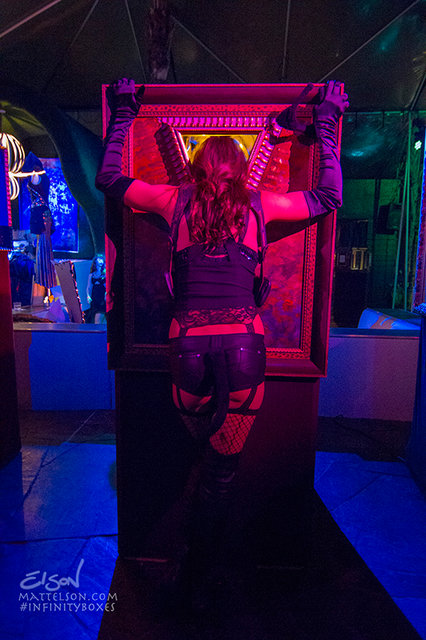 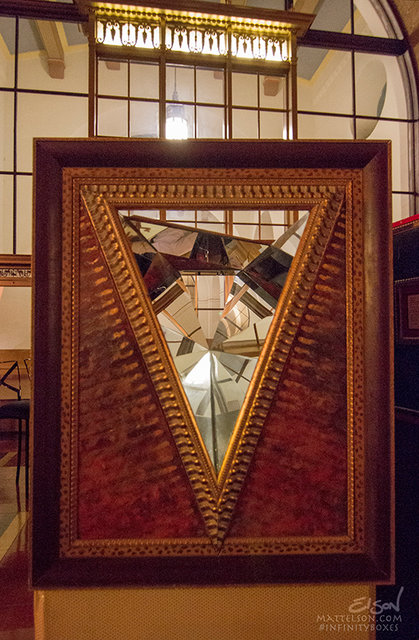 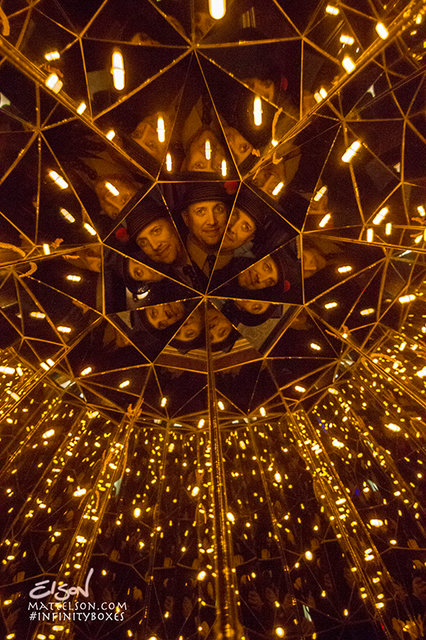 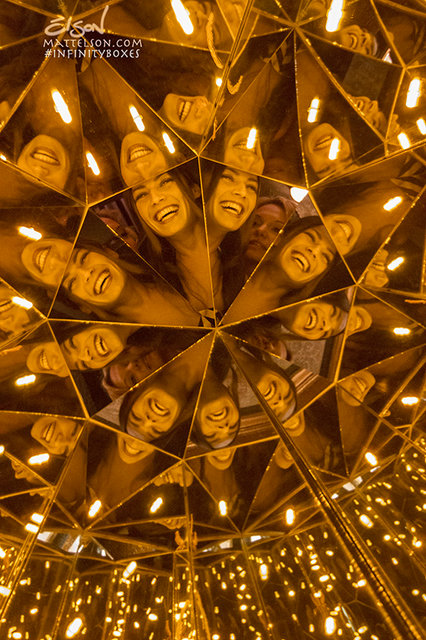 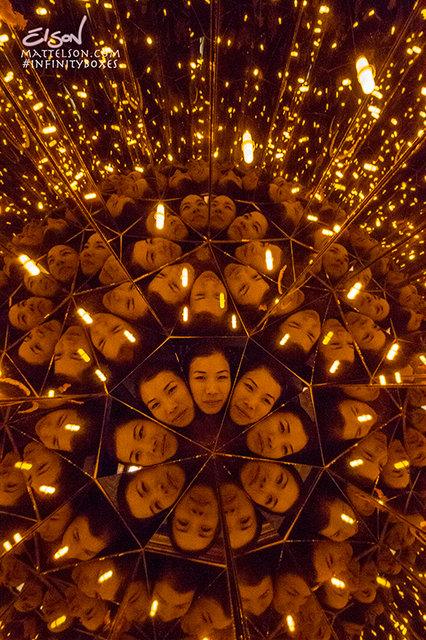 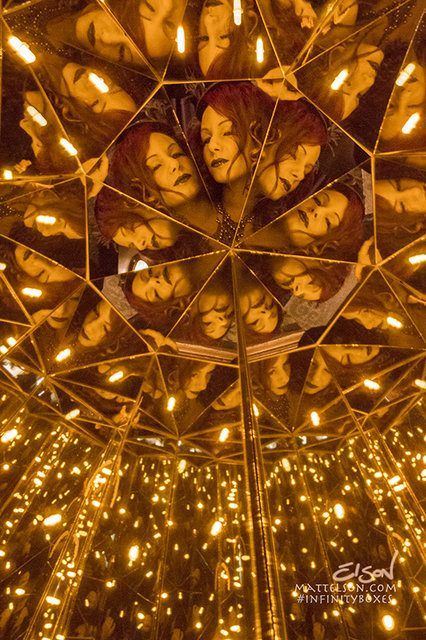 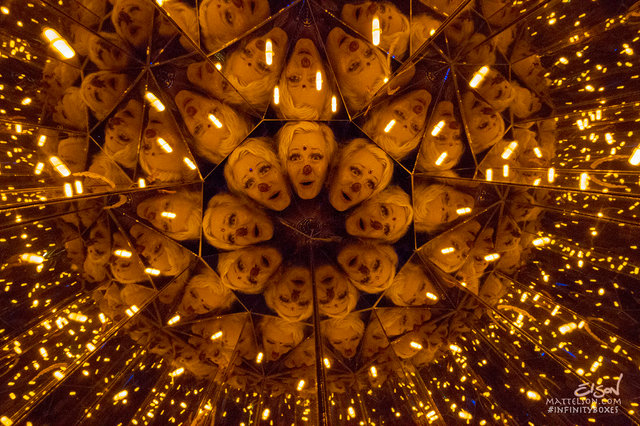 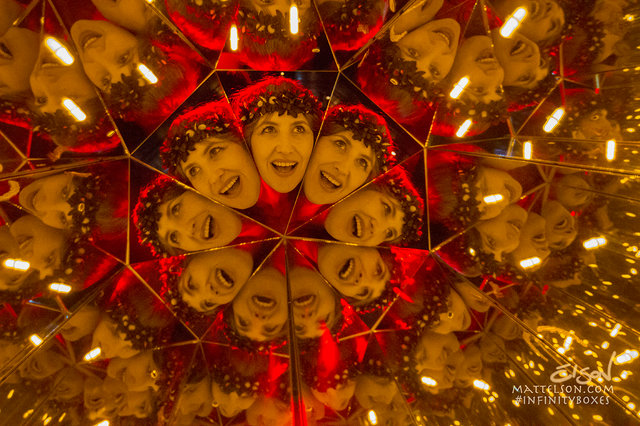 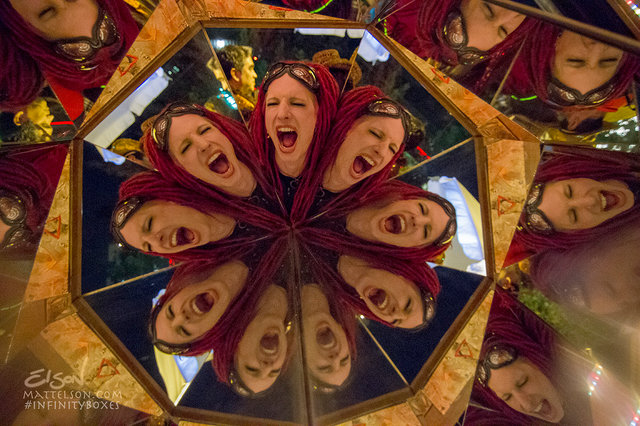 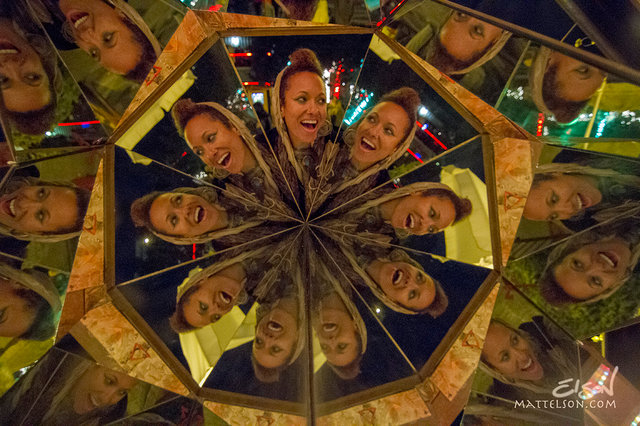 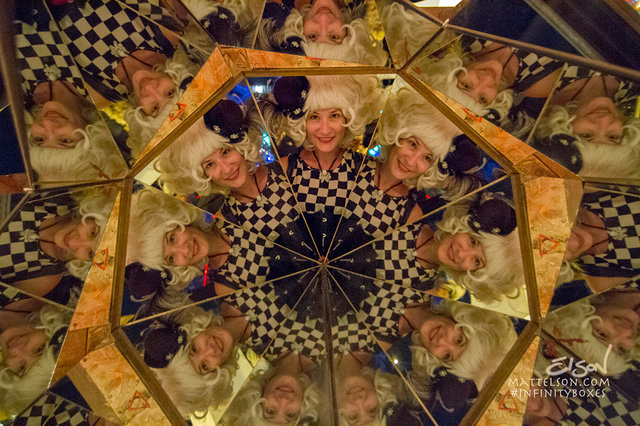